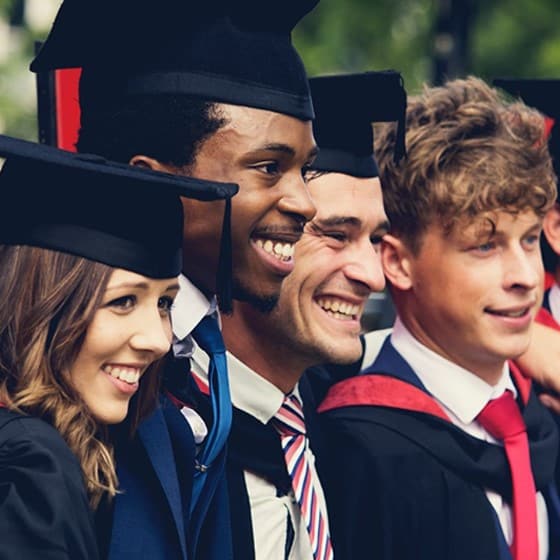 CHALLENGE
The student record system and underlying Ingres database that lie at the heart of the University of the West of England (UWE) were the only mission-critical applications still running on the university’s aging Solaris UNIX systems. UWE wanted to upgrade from Ingres 10 to the current release of Actian X and migrate the entire student record system to the CentOS 8 implementation of Linux at the same time. Just how to do all that—without interrupting access to the system—in the midst of a global pandemic was the sticking point.
SOLUTION
UWE turned to Actian Professional Services and found more than just good advice. Actian Professional Services provided the full range of migration services that UWE needed to both upgrade to Actian X and migrate the student record system and its underlying database to Linux. Actian Professional Services helped UWE streamline its housekeeping and monitoring infrastructures and worked very closely—albeit remotely, due to the pandemic—with the UWE team to ensure the success of the project.
OUTCOME
With help from Actian Professional Services, UWE accomplished an interruption-free upgrade from Ingres 10.2 to Actian X 11.1 while simultaneously migrating from its aging Solaris UNIX infrastructure to the Linux infrastructure supporting a majority of the university’s critical systems. Running the student record system on Actian X and Linux has increased application performance for users while enabling the university to reduce operating costs associated with infrastructure support.

About University of Western England (UWE)
The University of the West of England (UWE) is a public research university located in Bristol, England. More than 30,000 students are enrolled in undergraduate and graduate programs in the arts and humanities as well as the social and physical sciences.

At the beating heart of the University of the West of England (UWE) sits a custom-built student records system. It doesn’t just track the courses and hold the grades for the current crop of more than 30,000 enrolled undergraduate and graduate students; it’s the system that follows a student from the moment they reach out and express interest in UWE, through their application process, their enrollment and course of study, on to graduation, and beyond. If you’re a student interacting with UWE, this is the system that keeps track of each engagement with the university throughout your tenure and beyond.

To call such a system “mission-critical” would be something of an understatement, which is why the IT teams supporting the system sought professional help when the time arrived to both upgrade the underlying database and migrate the database and the student record system itself to a new IT platform. Because the goal was to upgrade the database from Ingres 10.2 to Actian X 11.1 and to migrate the entire student record system from Solaris UNIX to the Linux platform, UWE was inclined to turn to the experts at Actian Professional Services. There was only one complication: COVID-19. The pandemic was already in full swing and due to lockdowns, neither group could meet in person to plan or execute this critical project.

“Not a problem,” said delivery management from Actian. “Anything we would normally do on-site we can do remotely. We can help UWE achieve its goals without putting your system or your personnel at any kind of risk.”

“UWE wanted help with system installation, set-up, and configuration,” explains Rob Andrews, the project manager overseeing the upgrade and migration at UWE. “We’ve been running the student record system on Actian’s Ingres database since the 90s, but this was the last core application running on Solaris. We’ve migrated our other core assets to Linux. But this is our core business system for interacting with students and alumni. We wanted some help with the migration, with performance testing and tuning, as well as with administration and monitoring.”

With an unparalleled skillset in supporting Ingres and a considerable track record for successfully deploying Actian X on Linux, the Actian Professional Services team were a natural complement to the IT team working virtually at UWE.

The Actian Professional Services team worked remotely to review UWE’s existing Ingres infrastructure and the existing integrations with other core business systems, such as the university’s instance of Microsoft Dynamics CRM and Microsoft Power BI-based reporting tools. The student record system itself had been built using the Actian OpenROAD development framework, as had a number of user processes and reports, and the Actian team worked closely with the UWE team to identify opportunities to streamline existing processes and eliminate some older processes that were no longer used. Because the new deployment of the student records system on Actian X would be an on-premises (rather than cloud-based) deployment, part of the process of migrating to the new platform would involve testing the disaster recovery (DR) system that had been built to ensure business continuity in the event that some part of the primary infrastructure unexpectedly failed. In the event of a disaster, the entire student record system and database was designed to fail over to backup infrastructure running in parallel in a separate data center.

As part of the upgrade project, Actian Professional Services deployed Actian’s Enterprise Monitoring Appliance Plus (EMA+), which provides a single graphical interface for monitoring multiple Ingres installations and servers. EMA+ can be configured to monitor and display a large number of Ingres, operating system, and network data points, while also focusing on all aspects of system availability and recoverability. A performance module can identify problems and alert migration managers instantly via text or email message.

“By using Actian EMA+ during the upgrade, we were able to monitor the whole environment and pick out issues with performance, stability, housekeeping, or DR processes as soon as they occurred,” says Andrews.

Nor do the benefits of EMA+ apply only to the upgrade and migration effort. UWE plans to continue to use both EMA+ and the Actian X DBA Toolkit on an ongoing basis. The Actian DBA Toolkit provides UWE with a collection of scripts and utilities to aid database backups and restores between servers, as well as tools to ensure that the Actian X database is optimized for best performance.

“The combination of EMA+ and the DBA Toolkit has been very successful,” says Andrews. “The teams at UWE that have worked with EMA are really pleased with it. Most of what we had been doing in the way of monitoring and operations had been built on Nagios, and EMA and the DBA toolkit fully integrate with that. That makes EMA+ and DBA Toolkit very well aligned with our monitoring and operations strategy.”

For UWE, engaging with Actian Professional Services resulted in benefits in multiple dimensions. In the wake of the upgrade to Actian X and the migration to Linux, Andrews has repeatedly heard from many of the student record system’s users—and more than 300 staff members that interact with the system on a near daily basis—that the system feels more responsive. “We haven’t run any formal benchmarks,” says Andrews, “but we are getting a lot of feedback suggesting that the system is responding more quickly than ever before.”

The move has also enabled UWE to stop having to support the aging Solaris environment, now that the last mission-critical system has migrated to Linux. That frees up money and resources that the university can use elsewhere. Moreover, the move to Actian X put the university in a strong position to take advantage of new application and infrastructure options as they evolve. “We’re looking at building a cloud-based analytics platform,” says Andrews, “and the vector processing and data integration features built into Actian X would make it easy for us to integrate with a cloud data warehouse solution like Actian Avalanche.”

Ultimately, though, one of the main benefits of turning to Actian Professional Services was the flexibility that Andrews and his team encountered.

“The consulting team from Actian was very flexible,” says Andrews. “We undertook all this work under COVID-19 restrictions, and those restrictions stayed in place for the duration of the project. The team at UWE wasn’t altogether used to working remotely, even though the team at Actian was, but it never became an issue. The Actian personnel were very proactive about problem-solving and suggesting solutions. They clearly knew what they were doing and were very responsive to queries from our team. They quickly became a part of the team, and that created a great experience for everyone.”

"By using Actian EMA+ during the upgrade, we were able to monitor the whole environment and identify and resolve issues with performance, stability, housekeeping, or DR processes as soon as they occurred."
Rob Andrews, Upgrade Project Manager, The University of the West of England
Ready to talk to an Expert?
Contact Sales